This past weekend we threw a gender reveal party for our parents and siblings and announced that we are having a baby girl! We are so excited to welcome sweet Lilly Marie to our little family in October!

We can already tell she is going to have a strong willed personality! When we went for our 20-week ultrasound and anatomy scan, the feisty little thing had her legs crossed and her foot covering her genitals so the technicians could not 100% confirm she was a girl. [I have never been so proud of my unborn child.]  We were sent to an ultrasound boutique that has higher end technology.  After much movement on my end, this classy babe finally uncrossed her legs enough for the technician to confirm that she was indeed a female! 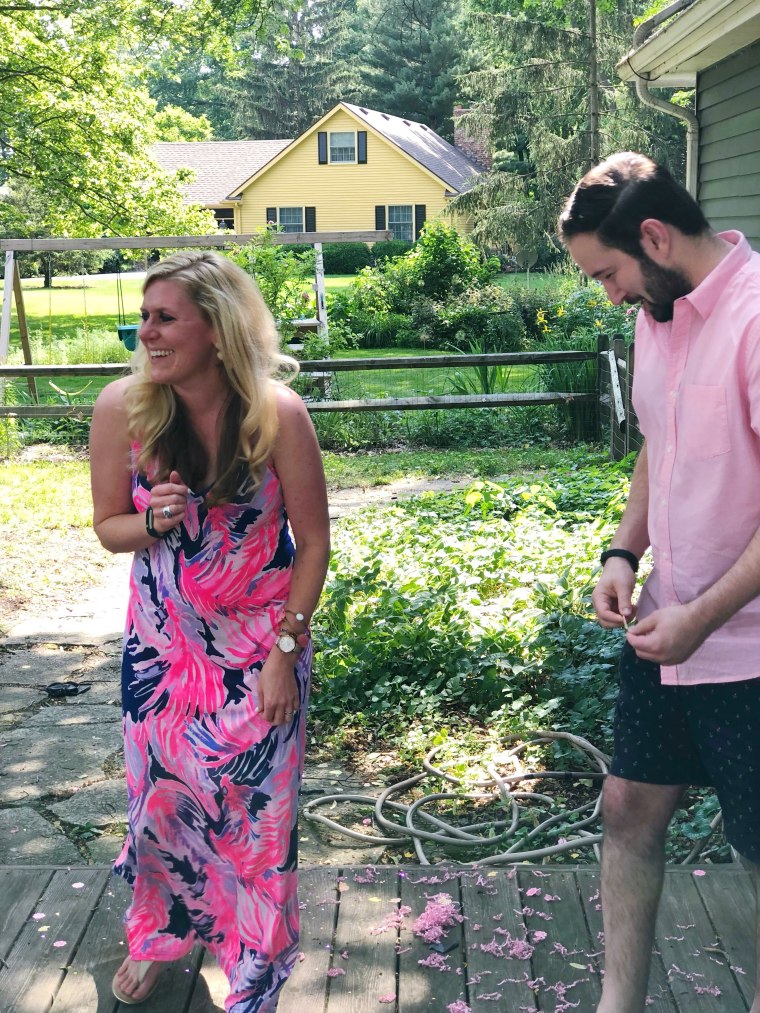 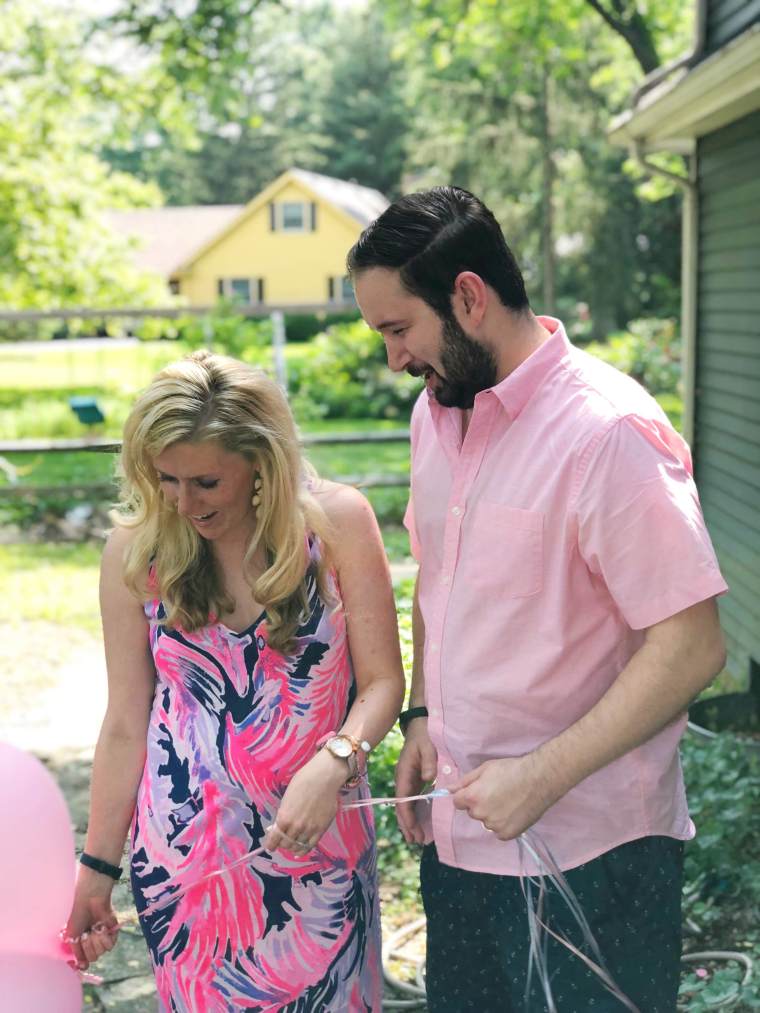 It’s been so much fun the past few days picking out cute outfits, adding girly items to the registry, and planning our party!  I didn’t sleep for probably four nights in a row because of excitement.  I wanted a nautical theme for the gender reveal (who’s surprised?!), which wasn’t that hard considering I already have tons of nautical décor around the house.  My favorite piece though was this super cute boy or girl sign I found on Etsy. 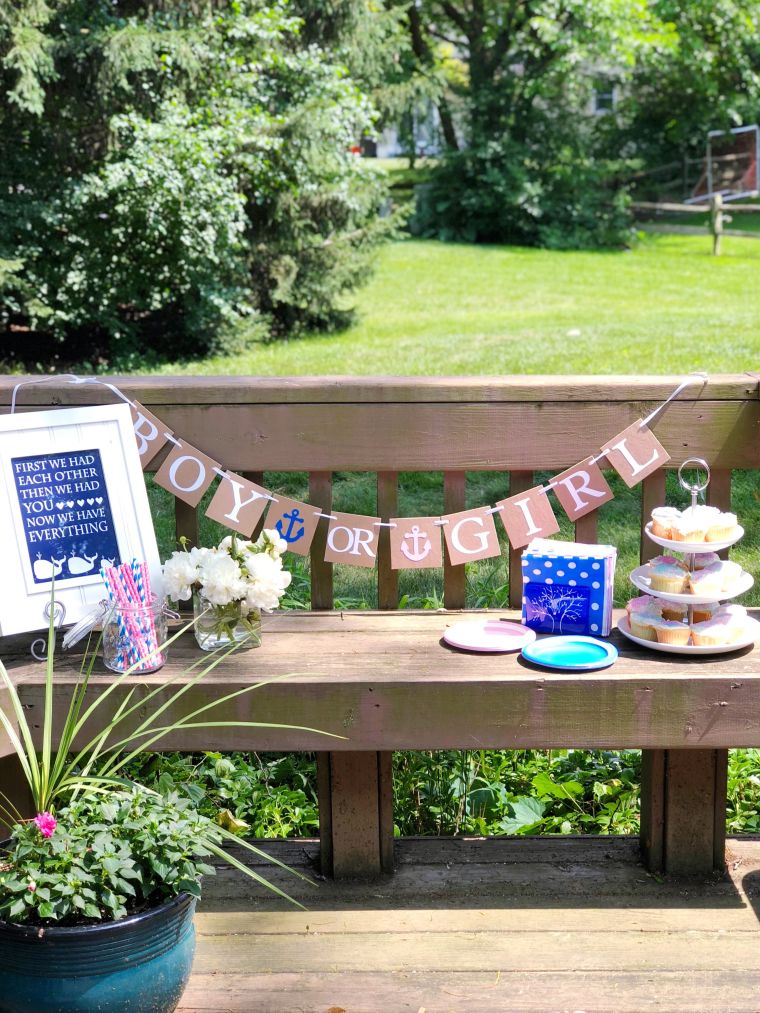 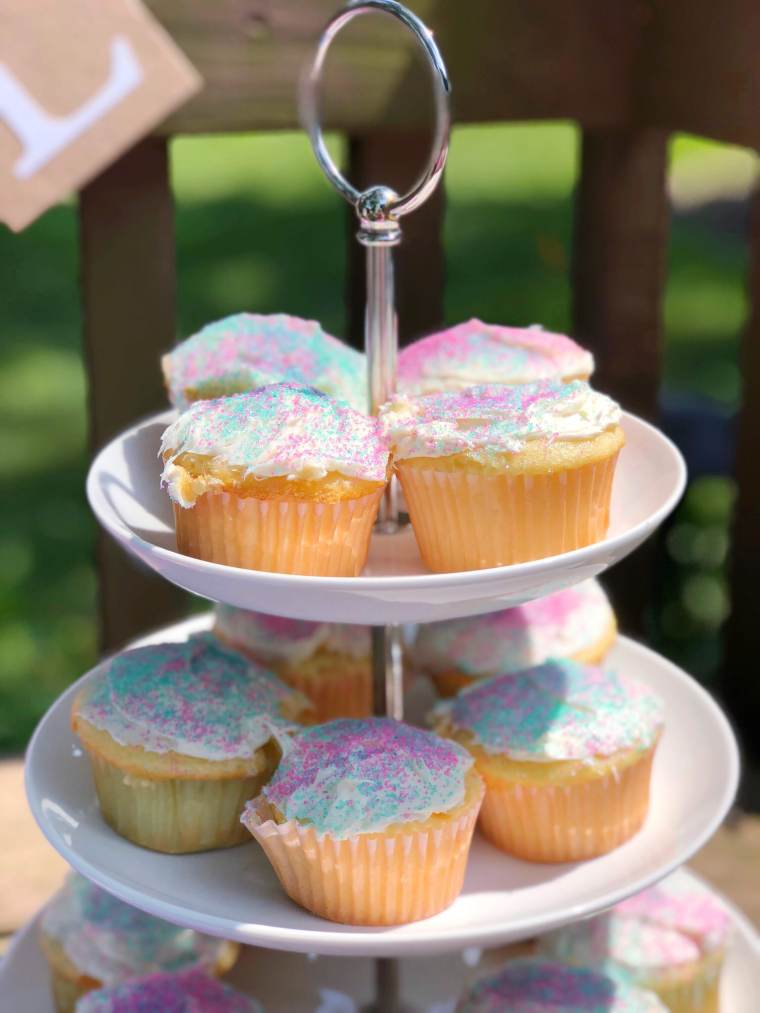 I made a Target run the day before the party and picked up the striped napkins, plates, and straws in pink and blue.  Rob and I made cupcakes the morning of the party and filled them with pink icing.  I had my heart set on whale toppers for the cupcakes, but after trying four different stores I sadly gave up on that idea.   The nautical water dispenser and monogrammed ice bucket were both wedding gifts and worked out perfectly for the party! 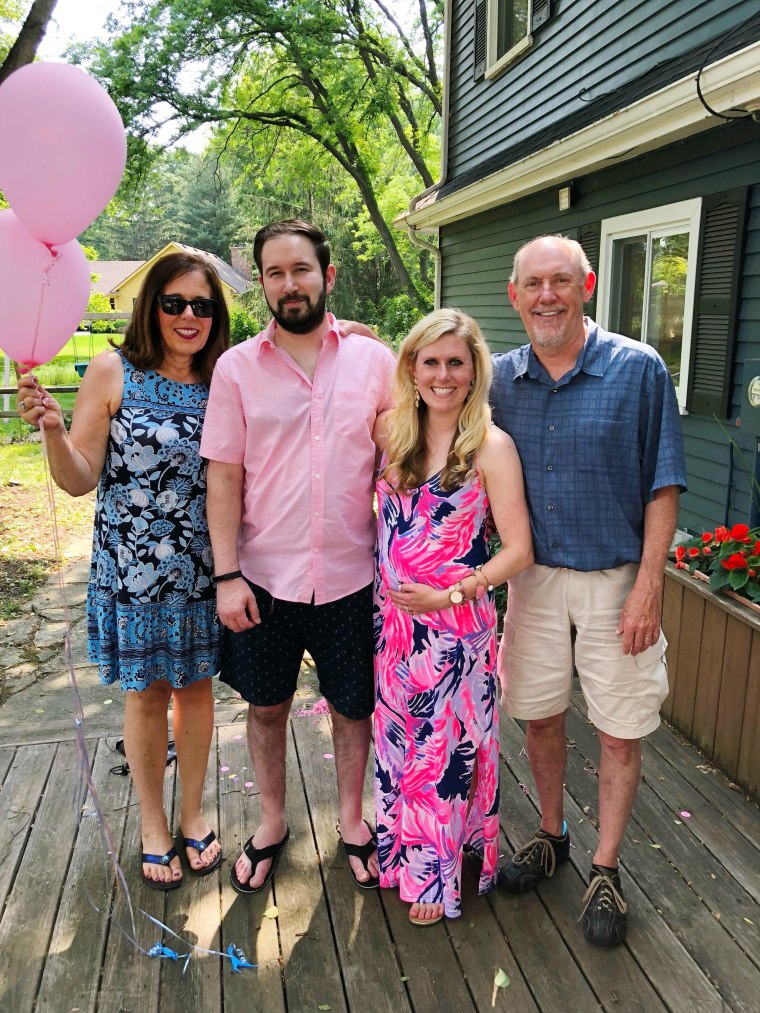 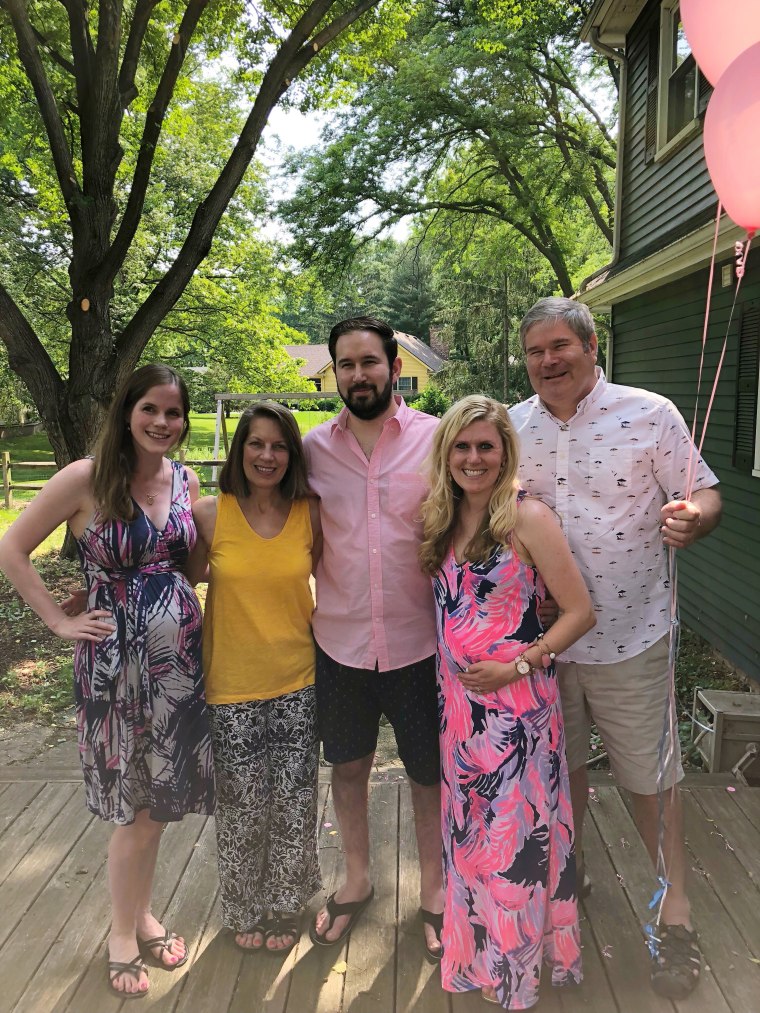 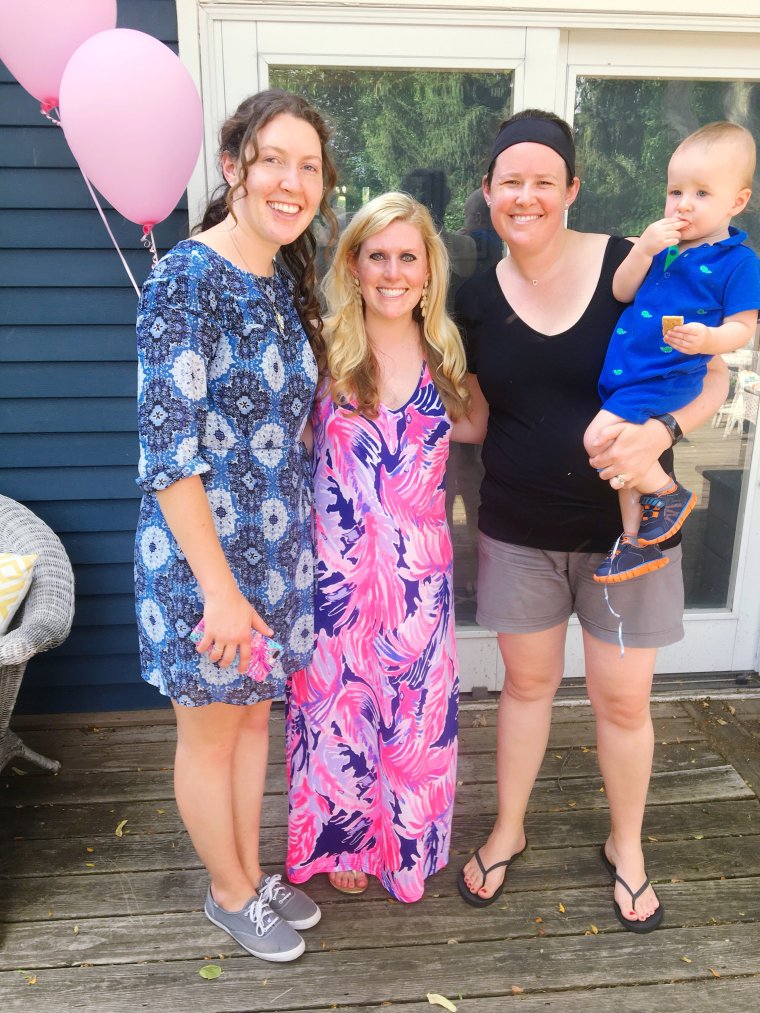 Rob and I wanted to find out the baby’s gender and then surprise our families.  We bought a bunch of pink and blue balloons for decoration (and to throw them off if they were trying to guess), along with a giant black balloon filled with pink confetti.  It was so fun when we finally popped the balloon – keeping the gender a secret was the hardest secret to keep!

Now that the gender reveal is done, it’s time to start on the nursery!  I’ve been putting together an inspiration board that I will be sharing with you all soon!

4 thoughts on “WHALE OUR LITTLE SAILOR BE A BOY OR GIRL?!”

Welcome to A Dash of Solt! I’m Shannon – a little bit East Coast sophistication, a little bit Southern charm, and a little bit Midwest roots.  Join me as I make our house a home, style preppy clothes, and embark on the adventure that is motherhood. 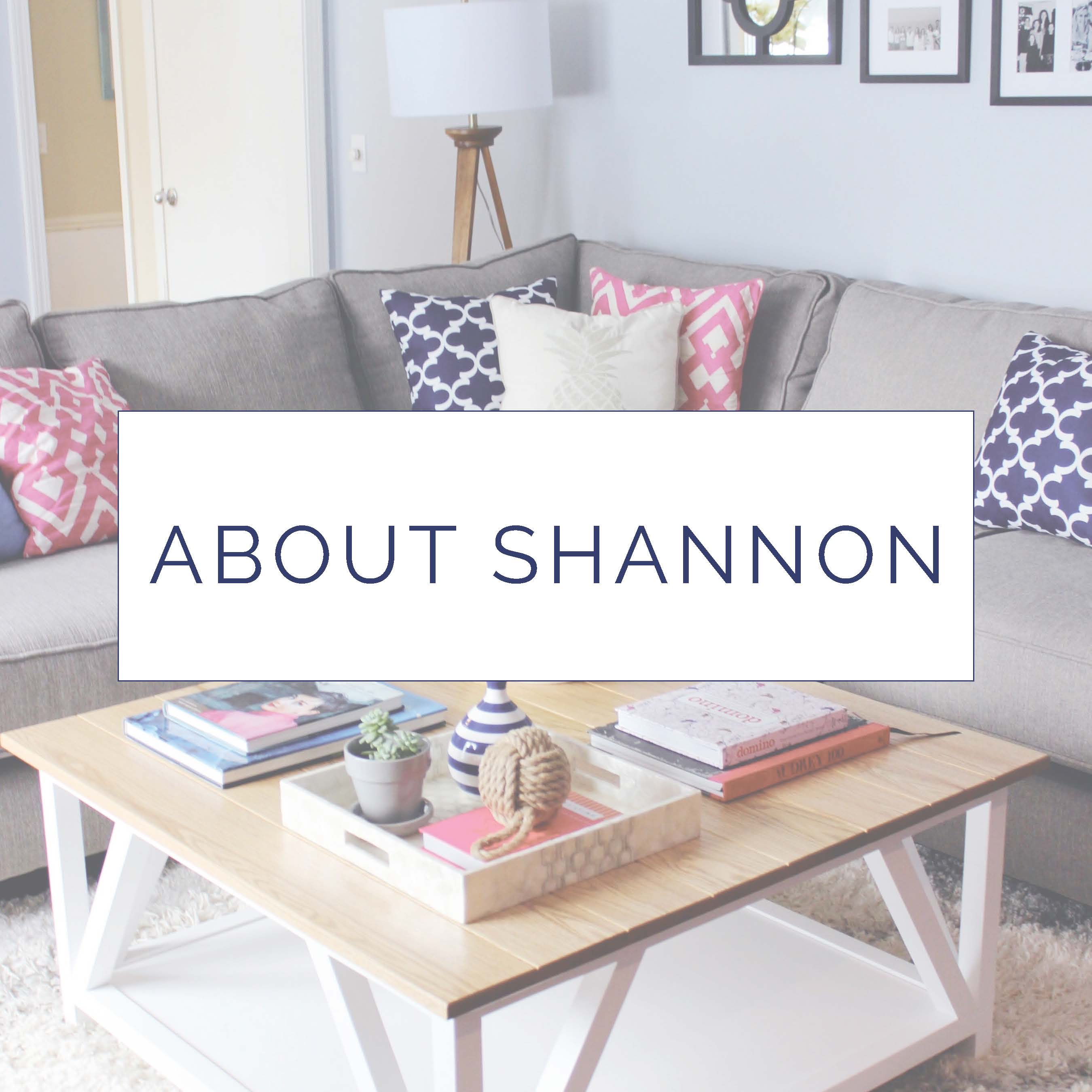 Another edition of classic, everyday mom style for you! I’ve been wearing this exact outfit on repeat lately. I love the all navy look - it’s so classic and timeless and you will look put together no matter what. Heck, Duchess Kate wore all navy when she arrived in the US last week and she is THE style icon of our age (at least I think so ☺️). I personally think this would make for a cute, easy and casual holiday outfit too.
Matching Monday! Lilly and I are holiday ready in our coordinating pink dresses from @duffieldlane and our new pink gingham necklaces from @chic_peony_boutique . There is something just so special about getting ready together. I love being able to match or coordinate with Lilly, and thankfully she does too at this age.
We had a visitor from the North Pole today! Santa sent one of his elves to check on us and remind the kids how good they have been this year. Lilly was super excited and a little bit shy and Teddy wanted nothing to do with the poor elf. 😂
It was a busy day per usual but we managed to squeeze in a festive Christmas activity! Lilly loves making gingerbread houses and this pink one from @target was so fun (although I’m pretty sure she prefers eating the house versus assembling it 😂). And I learned that gingerbread houses are incredibly hard and I’m terrible at decorating them and putting them together 😆
We’ve had our Christmas decorations up since the second week of November but I’m just getting around to sharing a few of the festive details. We usually wait until after Thanksgiving to decorate but this year it just felt right to put up the tree a little early. 🎄 And although we have to remind Teddy about 100x a day that he’s not allowed to touch or hide behind the tree, it’s been quite magical watching the kids get so excited for Christmas.
*CLOSED* Is there anything better than curling up on the couch under your favorite @chappywrap after holiday feasts and parties? Of course not, everyone knows a @chappywrap is the best blanket for the holiday season and every season!